I recently did a collaboration with the ridiculously talented Magda Boreysza.

First, she sent me this picture of a horse: 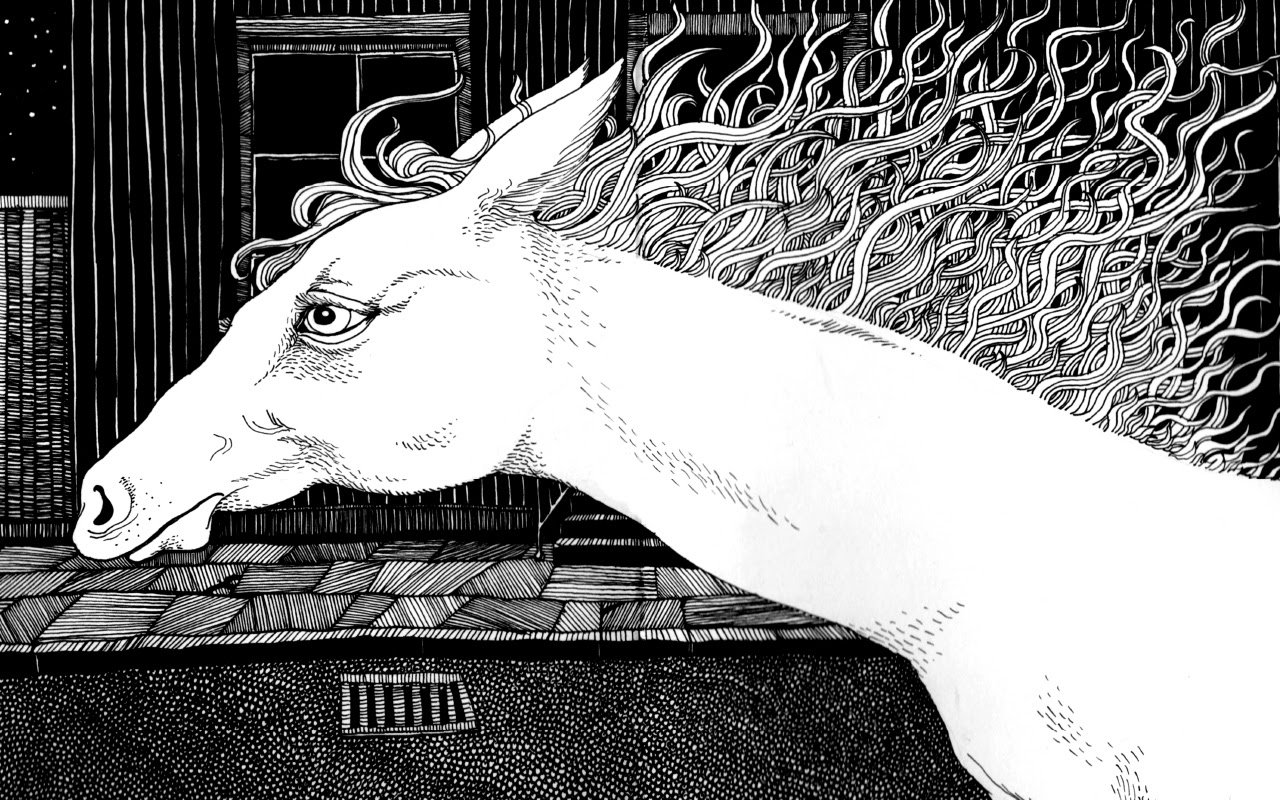 And, based on the picture, I wrote this:

You have been inside too long. The room closes around you with every exhale, layers of your self coating the walls like breath in an igloo. The floor is dotted with spent matches. Party decorations loll at your feet, embarrassed after the fact.

If you stay here much longer, you will form your own private coffin from your own frozen breath. So you leave.

You step outside, and the city opens up like a rare jungle flower. Place one trembling leg inside and let the pollen dust your thighs. In the city, you are suddenly a wild pony with hooves built for the night.

So you start to run.

It is a Tuesday and the roads glitter with broken bottles like mock galaxies demonstrating the foolishness of time. You hurdle entire universes with one well-placed leap. You run further and faster than any creature has a right to. You run, crafted of need and knuckles and bone.

In the city, you are not running from predators or villains or anything with teeth. The only thing behind you is your own quiet room with your own quiet mind, snug and swaddled. And yet, no beast could pursue you faster. You run on.

Past neon shopfronts and crooked bus stops and lurching playground swings. Past gates and gutters. Past empty phone booths that have all run out of calls.

Finally, you reach the riverfront, which even your legs cannot leap. You stand, hands on hips, panting, while the river rushes by carrying all the sky’s stories from the mountains to the sea. You stand, panting.

In the frosty night, your breath is a white dove testing the buoyancy of air. It leaves your lips, beats its wings twice, and takes off into the night.


Meanwhile, I sent her this story:


We were sitting in the disused airport when the storm came. We were sitting beneath the wreck of old pirate ships and the sculptures of hungry crows. We could see the storm approaching long before it arrived.

A greenish-black mushroom cloud sat in the midst of the sunset like a smudge of evil spirits in a gas lamp at dusk. Light spilled from the edges, while the smudge sank to the horizon and squatted malevolently.

We did not mind its malevolence. In the distance, the storm was a well-timed aperture that made the snapshot of the evening sublime.

On the runway beside us, a man walked into focus. He was grinning, the string of a kite in his hands.

As we sat, the broken sails of the pirate ships began to flap. A tack-tack-tack of beating rags. Still, when the first rain hit us, we were cocky as the spinning wheels of skateboards. We glanced to the heavens and we swore it would pass us by.

This moment it was drizzle and the next we were pelted with sumo raindrops, drops like fat angry bees protecting the hive.

Thunder cleared his throat. Lightning leapt the high dive and performed a triple pike. Under the whims of the wind, our wine bottle teetered.

We stood up. In the expanse of the airport, all unfurling runways and higgledy allotments, our heads were the highest conductors. In bare feet and wallpaper paste, I walked towards the tarmac.

It was still hot to stand upon. While the ground slammed against the raindrops – like ’50s teenagers learning the twist – it was still hot, I swear.

We passed the man with the kite, who was cackling.

He was laughing about tomorrow’s newspapers, and playing an infinite poker with the sky.

From which, she drew this picture: 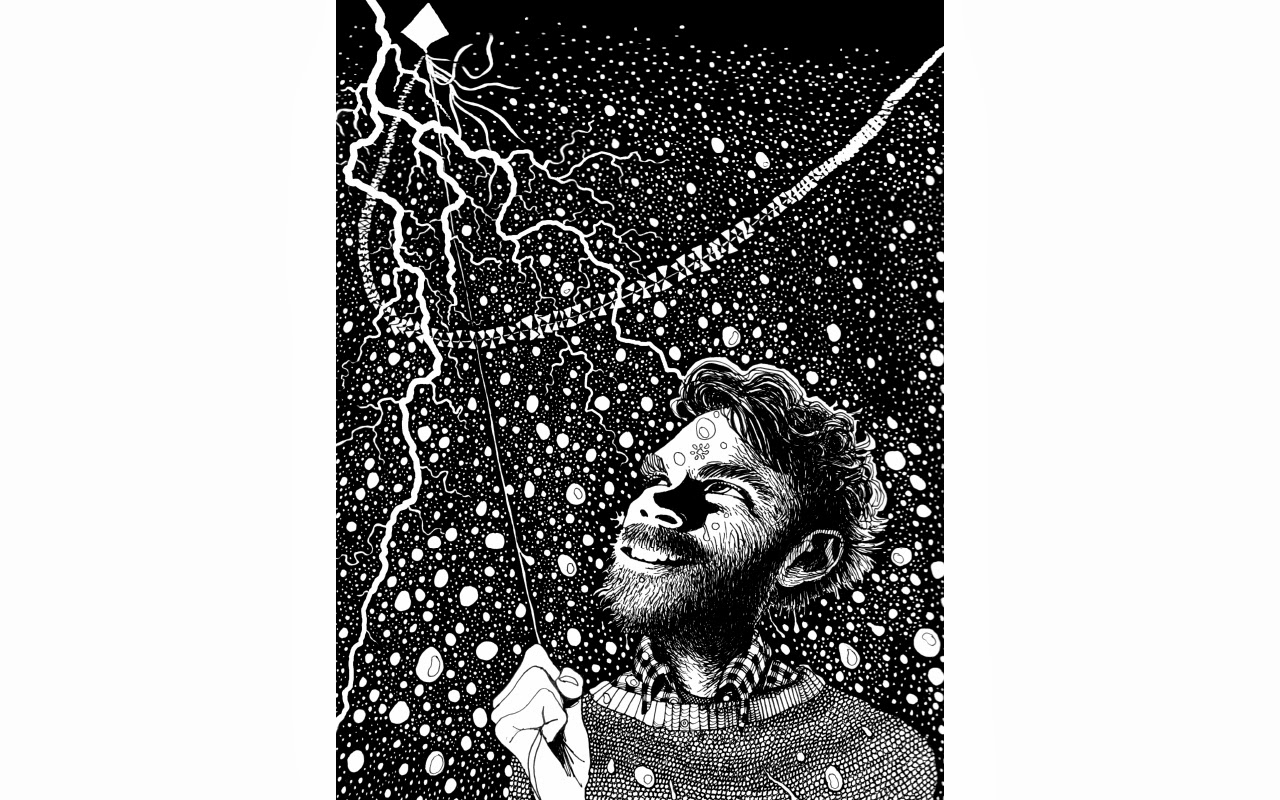 Then, thanks to the delightful Lidija Haas, it was published in TANK magazine--you check out the online versions here and here.