It’s dark so early. Who can concentrate on work? I sit at my desk and watch the clouds conspire, and then all of a sudden the day is gone. I’ve barely looked over the business plan I’m supposed to be researching. Every time I try, I swoon with tedium. And I can’t-stop-clicking on the internet.

I bought new lightbulbs: red for the winter. Actually, ‘fireglow’. They are bayonet, a word which always seems too harsh for lampshades. They make our skin morello-cherry-lickable when we skulk back to bed in the afternoon. I pretend I’m a girl in an Amsterdam window; I reek of frankincense oil and rosemary from the afternoon in the bath.

So yes, who can concentrate on work?

Miranda July’s new book came in the post lately, and I am inordinately happy. She’s my favourite. There is this:

“I was writing a screenplay in the little house. I wrote it at the kitchen table, or in my old bed with its thrift-store sheets. Or, as anyone who has tried to write anything recently knows, these are the places where I set the stage for writing but instead looked things up online. Some of this could be justified because one of the characters in my screenplay was also trying to make something, a dance, but instead of dancing she looked up dances on YouTube. So, in a way, this procrastination was research. As if I didn’t already know how it felt: like watching myself drift out to sea, too captivated by the waves to call for help. I was jealous of older writers who had gotten more of a toehold on their discipline before the web came. I had gotten to write only one script and one book before this happened.”

Also, I read some of the novel I wrote a few Novembers ago and felt heady for those kind of word flurries. It wasn’t as bad as I had worried it might be. Maybe one of these days, I’ll start the edit.
1 comments
Labels: miranda july, my life, the importance of lighting 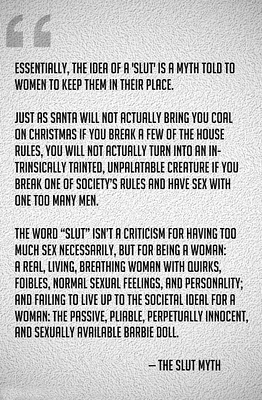 the soil, the sky.

An orange airplane is accelerating across a sky unsullied by weather. It revs its engine and the tailfin gets hooked in a catch in the atmosphere. Things start to unravel. The plane is a zip, the trails are teeth, and they part in a yawn from so many years of keeping mum. It is a belly yawn, a yawn for the pure of heart. No coy hands here, shading the tonsils. I try to feel horror: a chasm is spreading across the sky. We’re finally going to see what was behind the ziplock all along.

However, all I can think is, this soil is so quiet. This afternoon is not the right one for the apocalypse. Listen carefully, there’s no panic down there with the worms. Maybe it’s just an earthquake in the heavens. Maybe the angels grew tired of being so lofty. Maybe from now on, we’ll all be in this together.

Would you prefer, when it comes, for it to be the soil or the sky? Do you fear chasms beneath your feet or a fracture in the endless snowglobe? I can’t help but wonder what would happen if this ball of atmosphere were fumbled and a hairline crack appeared. First, small beads of condensation. A drip. A dribble. A flow. A gush. And then all of us spill into space, fire apart like mercury, giddy as Icarus, breathless as scuba divers, weightless, endless, dead.

Today, I feel like filament. Not sturdy enough for the world. I temper a three-day hangover with small kindnesses: Bolivian alpaca wool gloves, sweetcorn and cheddar fritters, sweet chilli tea with honey. I let myself reread my favourite short stories from the umpteenth time. I let myself use the word umpteenth. I wander idly through blog posts about kink, newspaper articles about scientists’ tattoos and wigleaf’s short short stories.

The tattoos are paltry. The smut is comforting. I am endlessly delighted by this.
0 comments

Right after everything ended, I started thinking about the future. There were kites, kites flying haphazardly around a sky punctuated by white puffs of cloud. The clouds were hookah rings waiting for their turn to lasso the sun. They did not elbow one another, they did not scramble. These were the most patient of clouds.

In their youth, the clouds had been trickles of spring water oozing from a shiny black rock on the mountaintop. They had beaded, gathered forces, pulled together into a seep. Started the long wander down like Moses descending with a carved stone, full of importance, realising, full of what was to come next.

The first drip was the Pied Piper marauding from a village that had wronged him. The next drips followed like slack-jawed children promised something better: a song. We cannot blame them; who could? Who wouldn't drop it all in favour of feet that could dance?

They tumbled down the mountain and they gathered. Soon, there were tiny waterfalls tumbling like glittered cloaks. Down the mountain, faster, feel your feet. They were still small, they burbled rather than gushed. But they were coming.

Over a precipice and into a pool. Hello, fellow stream. Where have you been, what have you seen, where are we going, what comes next? Gravity pushing like an ambitious mother, a hand in the small of your back. The ballet recital is about to commence. Your partner hasn't arrived. No worries. Move.

The water started to feel like it was on horseback. It heard its own rumble and it dreamt of the thunder of hooves. It thought of words like "inexorable" and "destiny". The water let itself believe in a bigger picture. We shiver to talk about the grand plan, about God, but this is what the water was thinking. Don't mock the water. You've never felt yourself rush like that, never felt yourself gush and current.

The water reached the place where things were flatter and it sighed and stretched out like an expat dabbing his lips after a thirteen-course Romanian banquet. The belt was loosened, the notches slipped. "Ahh," said the water, and it slipped on. And still it rolled downwards, gathering, giggling, head-over-heels-over-head, we're at a picnic, your knees are stained emerald, there's twigs in your hair, I kiss you, the earth wriggles, we cackle down the hill with our elbows tucked tight. There is no bottom for the kind of fall we are attempting.

The water found the delta. The water ran its hands over the surface skin of the earth and the water sought out places to probe. The lazier water sighed and sank into pillows of moss, closed its damp eyes, fell into a dream of flying, of clouds, of fog. The majority continued to stomp. Look, there: the sea.

In the distance was a horizon where the migrating water finally settled, finally bred. The water hurried. At the end of the scurry was the ultimate in writhing. The waters sloshed, they gurgled: hiccup, splish, glug. The sea was drenched. Sodden. The water ran under and over itself, the water soaked. The water exhaled a breath it had long been holding.

The sun would not stop beating. A punch drunk chef with his whisk in the eggs; an addled dartsman forever flinging to the bull. And the air grew warmer, and the compositions changed.

The water resisted. But the sun was hot and the water felt its heart grow lighter. And then the water wondered why it would ever pause, the water gasped, the water took off its steel toe-capped boots and let itself hover. The air was comfortable. A post-coital embrace. A hot bath after a difficult interview. Shortbread, warm from the oven and crumbling.

If the water had ever been scuba-diving and ever felt the moment of realisation of flying, controlling the rise and fall of its body with a balance of breath, if this, then the water would say that this feeling now, this is like that.

The water is rising, not as water, as mist. Air. Particles. The water cannot believe how blue the sky is and is almost embarrassed to think it will become part of that, it will stain it with its whimsy.

The water has reached the roof of the sky, and the water particles, embarrassed, are huddling together. It is like the beginning of an office away day bonding session where the organisers chirrup, “Split up from your friends, now, let's all form a new group, ready for the first exercise.” The water cannot bring itself to do it.

The water coddles together and becomes clouds and the clouds are the most patient in the sky. You have never seen such patient clouds, or maybe you have, maybe they all are, but you have never been this patient. The water has been drops of rain and it has fallen on mountains and it has become the tiniest stream and it has gathered and become more than that and it has carried on until they are all oceans and you listen to this like it is the corniest cliché you have ever heard and maybe you would be right, maybe you are, but my heart feels like it is caught in a bulldog clip and I am staring at the world, and I don't know. It feels like something, there is something happening. I feel I could be breathless. I look to the sky.
0 comments
Labels: water

Advice you need to read, if you haven't already.

"Writing is hard for every last one of us—straight white men included. Coal mining is harder. Do you think miners stand around all day talking about how hard it is to mine for coal? They do not. They simply dig."
1 comments
Labels: advice, quotes

November has started and I promised I’d write, so here are words, take them, remove them from my hands before I worry them like a matchbox in a pocket on a day of bad news.

I am giddy for autumn, delirious for the leaves. I don’t ever want it to stop. Their offerings seem paltry, here in the suburban streets. Pitiful bundles of rust and tangelo and amber, kicking around the ankles of cars. I need to flee to the forest.

Imagine they kept falling. Picture it in time-lapse photography. To the hubcaps; to the windows; over the roof. It is not like the purification of fresh snow. We let the city go to scrub and crackle.

The leaves are pages of Gideon’s bibles torn from the spine. Their words crumple into the streets, they are trodden on. They turn from gold to mud.

The leaves are the dandruff of the trees. The wind pummels and the trees dance furiously as the end of the party draws near. They thrash and toss their heads and the flecks scatter.

The leaves are telegrams sent from the branches to the wind, saying, “it’s over stop don’t send kisses stop forget me.” They send the same message every hour for a season. The wind finds no reason to pause.

Flee to the forest, that’s what we must do, wrap up with rabbit-fur muffs and flasks of hot, spiced wine. Pull our boots to our knees and our striped socks higher. My cheeks ruddy, my pockets full of pencils, my lips gnawed and cracked. Listen for the snap of leaves beneath your toes. Ask the undergrowth its plans for the fall.
0 comments
Labels: autumn, write damn you what else are you good for
Newer Posts Older Posts Home
Subscribe to: Posts (Atom)